“War is Peace; Freedom is Slavery; Ignorance is Strength; Trumpery is Reality”– 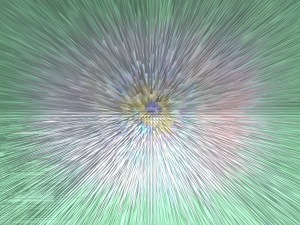 I’ve been posting recently with material I already created. I have other pieces I could type up and post, but I’m feeling stuck. I don’t have writer’s block; I think I have subject block. Politics is the subject that is making problems for me. Our presidential election has become about who we don’t want to hold office, rather than who we do want to hold office. I saw a post in the past couple of days that made great sense. This post suggested we stop all the negativity about either candidate and only write about why, actual facts and details, we would choose our candidate. I think this is an excellent idea, but I’m not sure it will work.

Don’t get me wrong. I’d love for this to be the way all elections should be run, instead of the bullying and name calling which currently holds sway. I just haven’t seen facts, positive or negative change anyone’s mind. Anyone who reads me on even a semi-regular basis will know I’ve been putting forth negatives about Donald Trump since he became the republican nominee and before. While there has been sarcasm and even a little snark in my posts about the Donald, I have tried to rely on factual information about him. For me, at least, there exist a plethora of negative facts about Donald Trump. While I understand the purpose and need to concentrate on the positive, if we ignore the negatives are we doing ourselves a disservice?

For example, Donald Trump has built major structures, employed thousands of workers, plus architects, designers and others required in such an enterprise. That sounds good. If we refuse to say that he has frequently declared bankruptcy and left contractors unpaid or paid as little as a third of what they contracted to receive, have we told the whole story? Hillary Clinton is respected at home for the work she has done to help children, 9/11 victims and first responders and she is respected abroad for the work she had done as Secretary of State. This, too, sounds good. If we refuse to discuss that she had a private server she used as Secretary of State, have we told the whole story? So, I think this will be my final post about politics. I believe there are much bigger issues on which we should be concentrating, but in the short-term, this election will directly affect them.

Ultimately, I believe we need to change our global paradigm. Unless we face global warming, civil and personal rights issues, gun violence, religious freedom, the equality of women and their right to choose what happens to their own bodies and lives now, we will take a massive step backwards. Though I don’t like the harm Trump has caused through his disregard of those he sees as inferior, I really don’t care about Donald Trump as a person. As a candidate for the highest office in the land, he scares me. Hillary Clinton is not as pure as the driven snow, but her record of views and positive accomplishments far outweigh the negatives. They have both made mistakes. They are human beings. They will make more mistakes. We all will. I hope we do not make the mistake of electing Donald Trump. He is thin-skinned and as changeable as the wind. Even if his current persona is only a clever performance to cultivate votes from a particular demographic, his racist, sexist, and ill-advised comments should show what he may be capable of if he is elected to lead our country.

I know there are many, even millions who disagree with me. That is their right and I would never refuse their right to disagree or to vote the candidate of their choice. I believe they and we need to look to the future and what our world becomes with the candidate we choose. No matter how much our current government needs to be shaken up a bit, we need to move toward hope and growth, not to fascism and isolation. Our great nation needs to be more inclusive, not less. We need to make all of our citizen equal across the board. We must learn to communicate and compromise rather than becoming even more of an oligarchy under the influence groups like Citizens United. Abraham Lincoln in his speech at Gettysburg extolled the virtues of our nation and the need to ensure the survival of America’s representative democracy, saying that a “government of the people, by the people, for the people, shall not perish from the earth.” I hope we will not let such a government perish in our upcoming election.

The Extra Mile
Art, shirts and other gift items