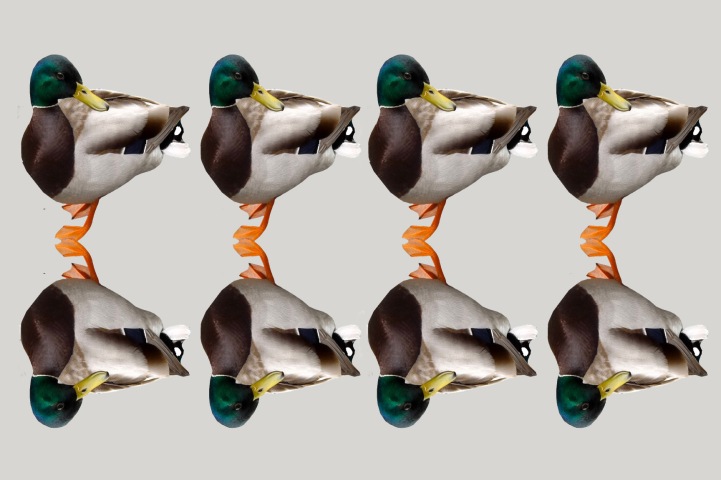 All My Ducks n A Row ~ Philip Brent Harris

Hello? Can you hear me? Can you see me?

I hope you can because I fear I’ve become invisible. It’s not everywhere or all the time. It’s not at home or when I’m out in the world. In fact, it’s really only when I’m online. Strangely, I’ve been noticed more recently by strangers. I’ve been lauded and have followers. Why then do I feel like I’m missing in action?

Have you ever felt this way, invisible, I mean. I’m guessing we all have at some point. I believe this is not limited to creative types, but I believe it may happen to them more often and more intensely. Perhaps this happens when life feels challenging and full of obstacles, even when we are loved and cared for by others. Maybe this happens exactly when this is true. Or, it may happen for ten dozen other reasons.

In a society saturated with social media, instant communications and myriad ways to connect with people near and far, it seems we should never feel out of sight if we choose not to be. Many people, certainly many who did not grow up in the internet age, hope they are never noticed by the greater world. Their immediate community of family, friends, neighbors, co-workers and acquaintances is enough and more than enough. And so it is.

Once you decide you want to be noticed, your tale changes. You’ve reached plot point one as screenwriters would say. Yet, there’s a difference between thinking you want to be noticed and that becoming a reality. For many years I only dreamed. This is a safe pastime, if frustrating and unfulfilling. I was smart and wanted to be creative when I was young, but it never seemed to play out the way I thought it should. A classmate would write a better story or have a nicer voice, or you might suffer the ignominy I did in junior high school. I took an art class where I was strongly urged not to pursue art as a career.

I continued to dream of being a writer, dashing off the occasional trite short story or weak verse. Eventually I actually got serious and began pursuing my writing in earnest. As to the form, I chose it rather than it choosing me. I think that was an unrealized problem from the beginning. I made a diligent attempt to become a screenwriter. I got a film degree, wrote a dozen or more scripts, got them out into the world and got them sent back. I eventually decided this was not going to happen and turned my back on this choice.

Along the way my creativity spilled out into quilting, crafting, Fimo clay figures and probably others I no longer remember. I learned how to create a website and have crafted several. The first were simple, naïve and hope-filled. As I’ve grown, so has my presentation. At least I think it has. I think my ideas were always good, but I had little success in attracting an audience. Therefore, I have only my own opinion by which to judge.

I’m sure I didn’t do enough, or the right things to get noticed. In the first few years of the internet I had no reason or desire to be noticed. Now as an artist and writer if I’m not noticed I’m just a voice crying in the wilderness. Plus, that makes it virtually impossible to sell any artwork. I’m finally old enough and wise enough to know I’m not likely to become famous or make my fortune through my artwork or the written word. Still, a sale now and then would certainly help my bottom line.

As I’ve grown older I’ve become more confident. Finding oil painting helped me in this regard. And though I’ll reference art throughout, what I’m writing here applies to my writing and really any creative undertaking. In my earlier creative endeavors, screenwriting, etc., I always qualified my output. I was studying, trying, working at, wanted to be whatever my current passion. I used this as a way to buffer failure and the judgment it implied. If you are in a tentative state you can avoid harsh criticism, at least in your own mind. Unlike my earlier creative “attempts” I own my art and finally my writing. I’m not thinking about or hoping to or any other of the words we use to buffer our insecure and fragile egos.

I am an artist. I am a writer. This means rejection of my work is not a rejection of me. No more creativity languishing in the back of drawers after a single foray into the world. After all, those former offerings were works-in-progress, still growing, still evolving, and more potential than product. Let’s face, no matter how creative or eloquent, or striking, in the modern world, it’s a product.

I’m sure many succumb to the weight of rejection, drowning in their own heart’s blood poured onto the page or canvas. No matter their medium, in the end they have no more to give. It’s not as if the back of my drawer didn’t grow fuller for a long time, but I continued to struggle, bloody but unbowed. I’m one of the lucky ones. I tricked myself into truly finishing one of my works in progress. It did not make me an instant success, overnight or otherwise; it allowed me to complete other works from then on, good, bad or indifferent.

Now that I have found my métier I don’t worry so much about rejection. This is not the same as feeling invisible. This is offering work to be judged by a gallery, a contest or some other venue. If my work doesn’t get chosen, well that’s just one person’s opinion. I’m sure it helps that I have been accepted into judged shows, in galleries and on-line, as well as two solo café shows. Not big news, but not nothing. I continue to create and offer my vision to the world, hoping I will find success and believing I will.

I do what I can to get noticed and to share myself, my unique perspective with any and all comers. I self-promote, shamelessly. I’ve revised my websites and created new ones as I’ve produced more and different kinds of art. For various reasons I’ve begun creating digital art and showing some of my photography. And I can finally share my voice, my writing, since I have found an appropriate form.

So, you say, what’s all this talk about feeling invisible? And maybe I’m finding out it’s not about anything. I have not shown much art in the last several years, due to familial needs. I have, however, completed s novel manuscript, found an agent, and am awaiting word from a publisher. For the second time. The first time took ten months for them to say them didn’t think it fit their list. Then, I sent it back with requested changes. I’m starting the third month, this time. In the interim, I don’t know if I’m being noticed, or sitting in a pile unnoticed or rejected. If they say no again, I will send it elsewhere, though it does make me feel invisible.

Wait. That’s good news. I think my feeling of invisibility comes from posts which I post on social media. After spending time, energy and passion creating art or writing an essay or poem, I put it my blog, which shares to social media. Or I post it directly. Then it drops into a bottomless pit. At least that’s how it feels. If I’m lucky one person comments or likes what I’ve offered. Though often this is from a close friend, and my old insecurity makes me wonder if they are just being kind. Or it feels like some meta-social convention as in the ubiquitous “like” button. This seems like saying fine when someone asks how you are. It’s not meaningless, but it’s not much.

Since I’ve started following some of the bloggers who have followed me, I can barely keep up. Hell, let’s face it, I can’t keep up. So why should I expect others to keep up? I do. Fair? Not a chance, but it still feels awful to get no response. I think it would be like entering your child into a contest and not only does your child not win, it’s as if they do not even exist. In a world where social networks become our community, a group of mostly compatible people, no matter how thin the original connection, it feels as if your friends are ignoring you. Worse, it feels as if they are not even noticing you. So, where does that leave me? Right back where I started.

In my earlier creative life, I wanted people to not only notice my work and also acknowledge me. I wanted them to pay me for it. Truly, I wanted them to pay me for it much more than I wanted to be recognized for my insight or excellence. That left me constantly unprepared for rejection. I never consciously admitted this, even to myself. Before, my family and friends were the only people to provide feedback and acceptance. Apathy and rejection came from people I didn’t know. Crazy as it sounds to me now, since the people I didn’t know had the money their opinion mattered more to me than that of my nearest and dearest. Now, as overwhelmed as everyone else you know, recognition comes from people you don’t really know and apathy from your online friends.

There’s no malice in this. I’m not even sure anymore that there is a “this”, just people trying to keep up with their lives. Fortunately, even though it took writing this essay to figure it out, I know whose opinions matter more. Just take a look at my sites and send me a buck once in a while. As my late father-in-law used to say, nobody should have to do this shit for free.